Ten years of study and work in the field of pain 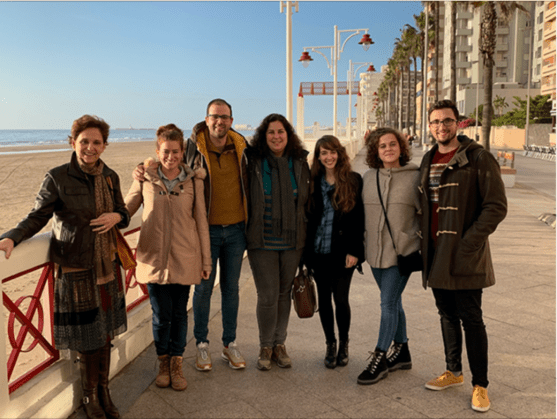 A small space in the University of Cádiz, a lot of hope and the desire to address the most relevant issues in the field of pain were the ingredients of the creation of de Observatory of pain that celebrates in 2020 its 10 years birthday.

On May 3 of 2010, Dr. Inmaculada Failde – professor of Preventive Medicine and Public Health- created the Observatory of Pain with the company of Alejando Salazar, Begoña Ojeda and María Dueñas. three young graduates in Psychology and Mathematics who provided this ambitious project with their knowledge and dedication.

“The beginnings were difficult. We were a small group but with a lot of hope and dedication that helped us to overcome difficulties”, Dr. Failde, the director of the Observatory of Pain, explains.

Since its creation, the research group has suffered a lot of changes and it has also published a lot of studies and reports about pain. Due to the quality and relevance of the information, many of them have been included not just in scientific media -such as Pain Medicine, Current Medical research, Plos ONE or BMJ open journal– but also in national mass media with mentions on TV, press and radio.

To know about pain from inside

Our Observatory of Pain was born with the clear aim of knowing the pain situation in our social environment. For this, our team -with the progressive incorporation of new colleagues as Helena de Sola and Jennifer Palomo- has carried and carries out lots of studies that include the analysis of specific information that comes from institutions and from the available health information systems.

“From the beginning, we had clear that there were unmet needs in the knowledge of pain epidemiology. It was necessary to improve to give visibility to this problem”, the director of the research group indicates.

All the work that we have been doing for this 10 years has three defined functions:

STUDIES, EVENT AND OTHER REPERCUSSION

If the study is the basis of our research group, to summarize data and the elaboration of reports with information about pain are the center of the work we do at the Observatory of Pain.

Although many of our studies have been spread further than our head office in Cádiz, some of them have had a special repercussion in the field of pain.

These are some of our most relevant studies:

Prevalence of chronic pain in the  Spanish general population

This project was the first study that we made at the Observatory and we considered that its realization was indispensable to know better the situation of this problem in the general population.

It is a really complex work and its results are cited and referenced in a lot of  forums and scientific meetings and in other researchers from other countries.

It served to put in context the problem of pain in our country and to know the social, work and family consequences that it involves.

Another of our most important studies was the one that showed the view of the Spanish population about opioids in the treatment of pain. It was a weighty study that became part of the content of both scientific articles and media.

At the beginning of 2019, the Observatory of Pain launched a new project in patients with type-2 Diabetes Mellitus and the presence of diabetic polyneuropathy through a project granted by the Health Ministry of the Andalusian Regional Government.

Under the title Application of structural equations for the analysis of the relationships between the variables included in the biopsychosocial model of pain and the presence of chronic diabetic neuropathic  pain in patients with type-2 Diabetes Mellitus (PI-0112-2018), the Observatory threw light on the complex relationships that exist between this type of pain and aspects such as the presence of anxiety, depression, sleep disorder and cognitive damage.

“After 10 years of work, I consider that the balance has been very positive not just for the knowledge about the problem of pain and its consequences, but also in the training of our team, who have been able to make their doctoral thesis, to stay abroad and to know other researchers. In the Observatory we also have received new researchers and professionals from Public Health that  still collaborate with us and we even have contributed to the training of resident doctors in Preventive Medicine and Public Health that have been with us during their training periods”,  Inmaculada Failde says.

And she concludes: “I would like to highlight as the responsible of this project, not only the professional qualities of my team, but also the human qualities, which I consider an essential aspect to continue with this project that we hope to be able to carry out also in the next ten years”. 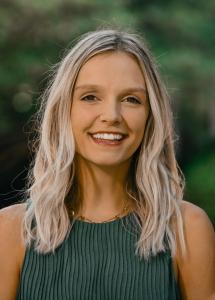 At the beginning of June, the American Taylor Yates, a student at the University of Tennessee (Chattanooga),  joined the Observatory of Pain team thanks to 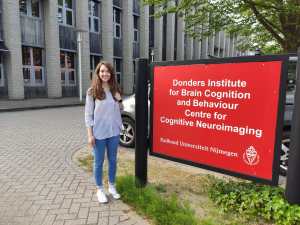 Jenifer Palomo at the Donders Institute: on her way to the international doctorate

Last April, our colleague and researcher Jenifer Palomo travelled to the Dutch city of Nimega (Nijmegen) to start the international stay that will allow her 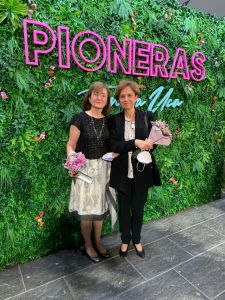 Inmaculada Failde awarded in the act ‘Pioneers in the UCA’

The director of the Observatory of Pain, Inmaculada Failde, has been recognized for her dedication and contribution to scientific research at the ‘Pioneras en la

Last week, the 12th Congress of the European Pain Federation (EFIC) was held at the Convention Centre Dublin. The event, which took place from Wednesday,

Like Loading...
PrevPreviousHelena de Sola increase her knowledge in the University of Umeå.
NextCum Laude distinction for our colleague Helena de Sola PereaNext

At the beginning of June, the American Taylor Yates, a student at the University of Tennessee (Chattanooga),  joined the Observatory of Pain team thanks to

Jenifer Palomo at the Donders Institute: on her way to the international doctorate

Last April, our colleague and researcher Jenifer Palomo travelled to the Dutch city of Nimega (Nijmegen) to start the international stay that will allow her

Inmaculada Failde awarded in the act ‘Pioneers in the UCA’

The director of the Observatory of Pain, Inmaculada Failde, has been recognized for her dedication and contribution to scientific research at the ‘Pioneras en la